Our recent trip to the eastern Sierra Nevada was a wonderful getaway, considering all the chaos we have been dealing with here in California. The extended Covid lockdowns, wild fires, and all the election hype... Sooooo nice to escape!

We ended up with (7) people from the S2 photo group joining us, along with a couple of spouses. (5) campers and a few in hotels, dispersed amongst (4) vehicles. We had a great time, all things considered, as we had to adjust last minute plans to avoid several National Forests, which were closed due to extreme fire danger. And we had to deal with wildfire smoke, that clouded up over Mono Lake, and filtered into a few sunset scenes. 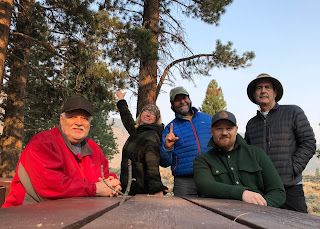 We explored several areas seeking fall colors, and ended up catching a few sunrise and sunsets, including an overnight stay at Alabama Hills. We planned a few photo challenges, and had a few devotional times as well. I truly appreciate the efforts and engagement from the group, and enjoyed the company of a few like minded Christian photographers, all trying to display God's handiwork, through still images. 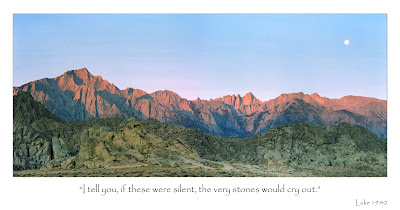 Our first stop was Red Rock State Park. And although it was meant to break up the drive, it provided an opportunity to capture some very unique formations and colors. 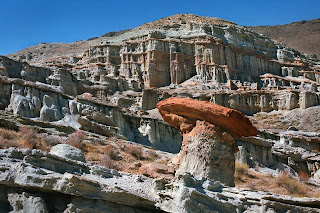 We ended up at Lone Pine, CA for our first night, and captured sunset, a moonrise, and sunrise the next morning. The colors and textures were overwhelming and beg for more days of exploring. I'm sure a return trip will be planned soon! 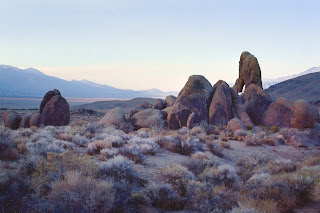 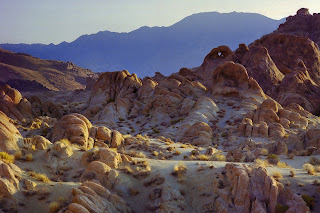 As an analog film photographer, this is a haven for B&W images, using traditional black and white film. I shot two roles and could have spent several days more, and burned through many rolls of B&W film. (Will need to go back more regularly) 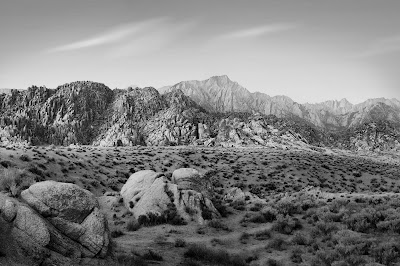 From Lone Pine, we headed north, passing through Bishop and Lee Vining, all the way to Twin Lakes, after finding out that the camp sites near Virginia Lakes were closing early.

Several sunrises, and some color scouting turned up a few fall color images, but we struggled to find good color, as we were a bit early, and further north then originally planned. 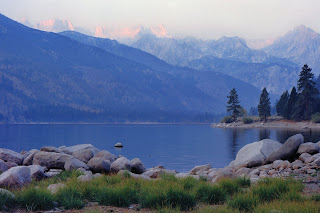 But, we were persistent and found a decent band of color near upper Summer Meadow. 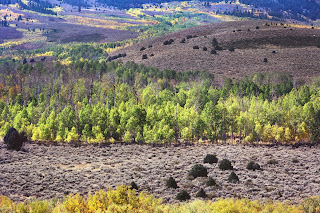 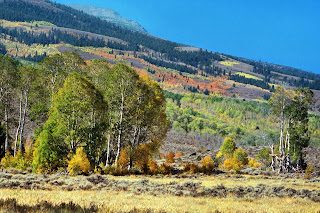 We also explored the Virginia Creek area, and caught a bit more detail and some good colors. 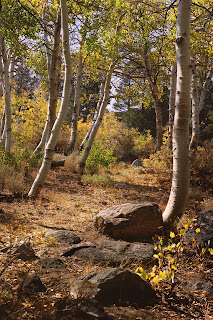 We stayed two nights at Twin Lakes, and finally headed home over the Sonora Pass. We had a few more stops and captured more color on this highway 108 route.

I thoroughly enjoyed my time with fellow S2 photographers, and hope we all came back with a library of images, to edit, play and explore, for many days to come.

Waiting through the Storm

Not a weather event, but a fire storm! Another huge fire, swept down on Camp Nelson in a fury! And so we wait, watching the social media updates, hoping and praying for protection.

God please protect those fighting this fire, keep them safe and out of harms way. 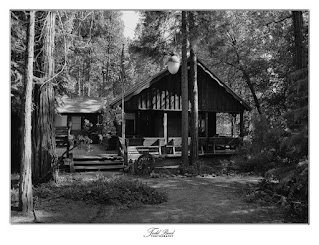 And I would have to admit, it has brought a few tears. The impact that the Camp Nelson Cabin had on my youth is being revealed each day, as I ponder those years. Summers hanging out with Walt Sommer, and helping with construction projects, and exploring the hillsides. Hiking for hours, just getting home before dark. The yard work, the cool afternoons, cold watermelon taken fresh from our little fake spring. And those Shasta sodas! 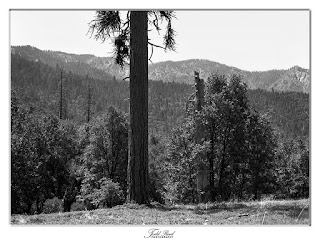 And, while I know that the man I became can't be easily taken away... the place sure can! The structures are simply a means of protection. From the elements, and from a few wild animals. Burn them down, and the man they created still remains. At least until the Lord calls me home.

Spending time in deep thought these last few days has quickly left me with this: people matter, material things do not. Those carefree summers were a privilege. I can only pray that I pass some of these memories on to my grandkids!

Really looking forward to getting away, and catching up with the S2 photo group. It has been 5 years since I made it over to the east side of the Sierra Nevada range. A unique place, with beauty and a mix of desert and granite, scrub and forest. Here are a few from my past trips. 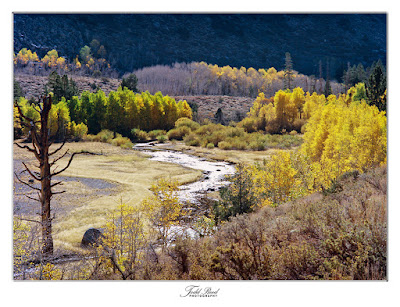 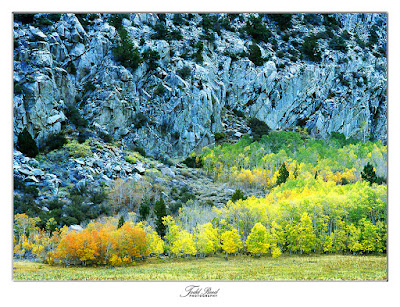 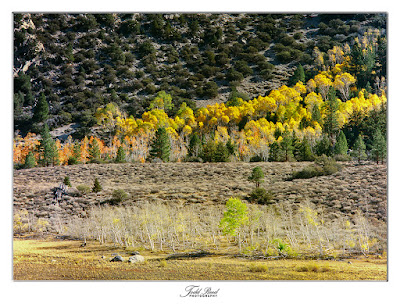 "Revisiting" - AKA, bored during COVID Plan-demic

While we wait for those in authority to set us free... I have been revisiting and editing some past images. Here is one of Wildcat Falls, shot on Ektar and converted in post. From 2019. Shot with RB67 Pro S, and C 50mm lens. 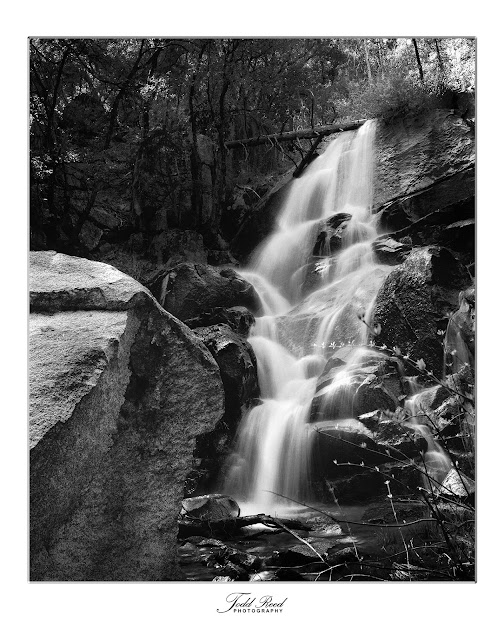 So we are finally getting things going again. After nearly 3 months of sheltering in place, our National Parks are starting to open with limited access. I snagged a pass on one of the first days, and enjoyed a very quiet day in Yosemite National Park. Below are a few of my treasures. 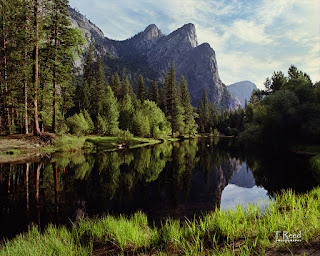 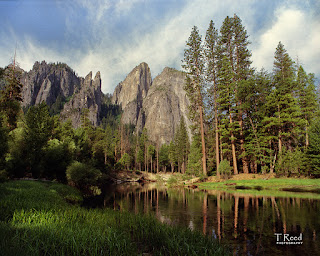 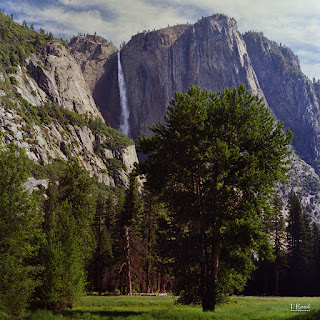 These were shot on Ektar 100 in the RB67 ProS. This 50mm C lens (25mm equiv.) is a gem! And Ektar 100 film shines in this environment. I also tried a new to me film, Ilford SFX200. It is a red sensitive film, capable of producing some IR effects. Was not as impressed as I was with the Rollei IR400 film, but a few images came out okay. 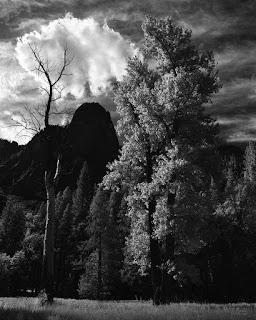 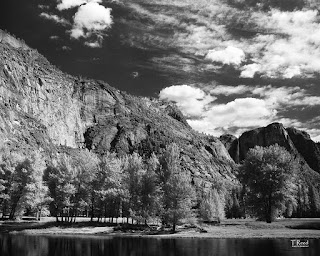 All in all, it was so nice to get away and enjoy some outside for a change. And the park being at limited capacity was almost surreal! I have never seen it so peaceful in Yosemite National Park. If you live close, grab a pass, and go now!!

A study of tone and texture

In my waiting... for this Covid pandemic to pass... I took to editing a few of the flower shots shown below. These were shot on the RB67 using the 90mm f3.8 (which focuses to nearly half life size) on a nice overcast morning. I converted the Portra 400 shots to Black and White, and tried to create a few square crops. I like the results, and it shows the advantage of having a hybrid workflow. Lots of options! 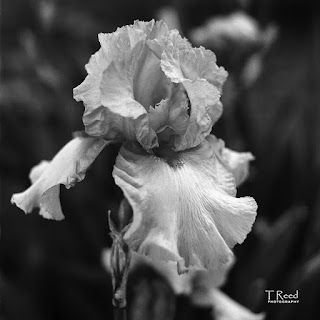 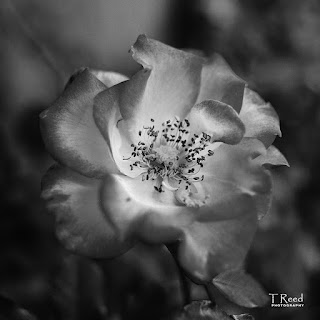 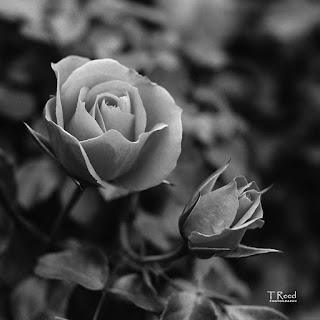 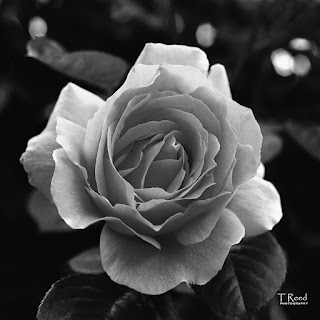 Well, I finally did it! Self published my first book, titled Developing a Hybrid Workflow. A guide to help others create a workflow to share their analog photography work in a digital world.

You can get it on Blurb, see link below.
https://www.blurb.com/b/10129900-developing-a-hybrid-workflow 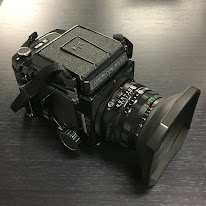